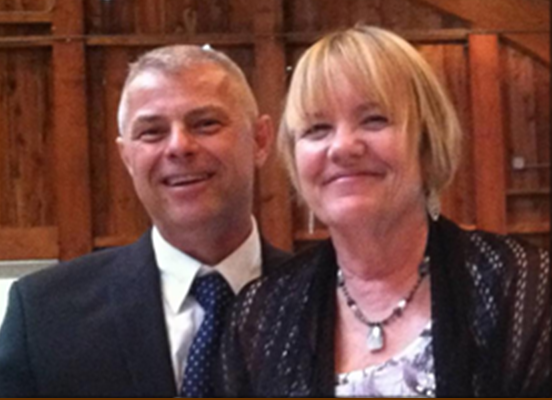 Curtis was the only son born of George W. Fitts in 1964 on an Air Force Base in Madrid, Spain. He has three sisters and his parents were from small towns in southern Virginia, Victoria and Chase City. As a son, in a military family, he moved almost every three years. Curtis lived in Germany for 9 years, and the rest of the tours of duty were in the southeastern United States. His mother married several times and his Dad died on active duty in Texas when Curtis was just four years old.

The story of Curtis’ family is full of pain and tragedy, not much of what the world sees as good, But God had a plan….Early after his mother’s second marriage she saw fit to put her children on a bus. That bus brought them to church and that was the first time Curtis remembers hearing that God loved or that God even was, though the house/trailer the family lived in was a place of unspeakable horrors and little support.

Per Curtis, “As I grew, so did a heart of rebellion. I fought against all things good and evil. But God had a plan….at 14 years of age, I dropped out of school. I had only made it to the 6th grade. I started work as a floor installer helper. I have had that profession, by the Grace of God for 30 years. At the age of 25, as the Lord would have it, I was touched again by Him through the hand of Pastor Ronnie Laland in Deridder, Louisiana. This man taught me to read, so the first real book I ever read was God’s word. This is the time I truly understood of His Grace, Mercy and Salvation. This was the start of my life and from that time until now Christ has chastened and molded me into a man and then into a servant and tool in the hand of God.”

In 2001, Curtis and his wife started attending Open Door Baptist Church in Churchville, N.Y. They were taught the Word of God, truly loved by the pastors and the people, and Curtis completed a three year study at the Bible Institute. He also led Men’s Bible Study groups and Sunday school at Open Door while serving an extended time as a Deacon.

Pastor Curtis and his wife Debi live in the Village of Caledonia. They have 5 sons and 10 grandchildren. They believe they have been called to proclaim the Gospel of Jesus Christ to the towns of Caledonia, Scottsville and surrounding areas. They believe we are to love God first and then His people. Charity Bible Church was established for the purpose of loving the people of the area and teaching them God’s Holy Word. The first Sunday service was held on February 6, 2011.